If you have visited the famous Tirupati Balaji Temple in Andhra Pradesh, then you probably heard the story that Goddess Lakshmi left Lord Venkateswara and settled down in Kolhapur.  Ever since I had heard that story, I felt the desire to visit the Kolhapur temple located in Maharashtra, India.  Of course, visiting just once place is never my thing, so here is a short trip we were able to plan from Pune, India.  Once again, we chose Pune as our starting point due to easy air connectivity.

We arrived in Pune late in the evening and settled in after dinner.

After breakfast we headed to Panhala.  Panhala is a nice hill station with an incredible history.  On our way to Panhala, we stopped near Satara for lunch.  We reached Panhala around 4pm and settled into our hotel room in the heart of the town.  After a quick refreshment we headed out to explore the fort and surrounding areas.

The kids really enjoyed exploring the ruins.  The battle readiness of the fort was truly impressive.  For example, it was amazing to see how grains were stored in huge granaries (filled from the top, taken from the bottom) many years ago that ensured the people inside the fort did not run out of food during battle.  It is amazing that the same technology is used today when people fill large silos with grain or other material like cement.

We enjoyed watching the sunset in the valley below before heading back to the resort for a nice dinner.

The next morning, some of us in the group woke up early and visited the Jyotiba Temple near by.  It is a nice and very colorful temple.  After a quick visit we headed back to Panhala for breakfast.  We then headed to Kolhapur.

It so happened that the day we visited Kolhapur there was a little bit of unrest in the area and so we had to travel carefully.  However, the visit to the Mahalakshmi temple went really well.

Unfortunately, due to the uncertainty in the area, we could not explore Kolhapur further and we headed back to Pune.

We reached Pune by sunset and were able to head back home later in the night.

We were happy we managed a pretty good weekend trip although it may have come up a little short in exploring Kolhapur. 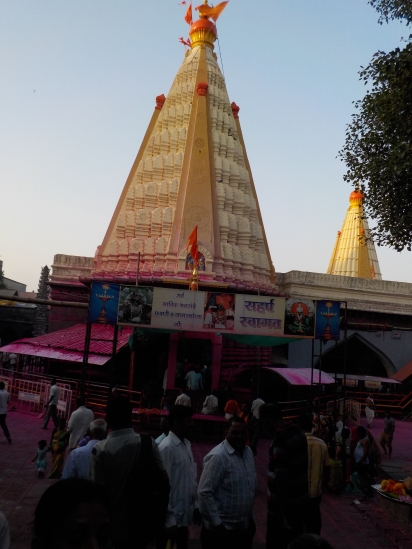 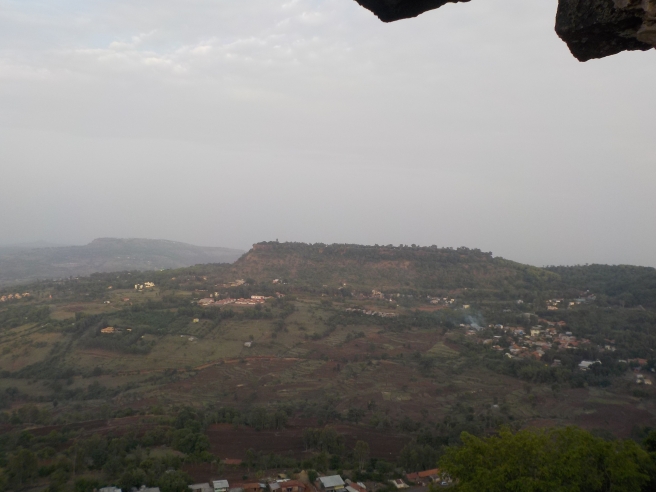