Visiting Mount Abu, Rajasthan – It definitely lives up to its reputation!

Mount Abu, a hill station in Rajasthan is quite popular with tourists and the religiously oriented alike.  When family first suggested this hill station for a weekend visit, I was skeptical.  I had heard only about the religious aspects (Brahma Kumaris, etc.) and did not really envision it as a holiday spot.  I also did not expect the Aravalli range to be particularly scenic… after all, no one really seems to talk about them much (when compared with the Himalayas and Western Ghats).

I am happy to report that I was wrong… very very wrong. Mount Abu has a lot to offer and is indeed a nice break from the ordinary.   We were able to spend the weekend in Mount Abu and this is what we were able to accomplish.

We started towards Mount Abu late in the afternoon.  By the time we reached the top, it was about 6pm.  The sun had just set and it was starting to get dark.  We settled into our hotel and decided to have an early dinner.  After dinner, a few of us decided to go for a walk.  As we walked towards town, we noticed a huge change in the atmosphere.  A pretty lake (Lake Nakki) and an amazingly vibrant shopping area.  After spending about 2 hours soaking in the energy, we headed back to the hotel and called it a night.

After breakfast we headed out to explore Mount Abu.  Our hotel provided us a rough map of the area.  Our first stop was Guru Shikar.  This spot is considered to be the highest point in the Aravalli range. There is a temple located on the top of the mountain dedicated to Guru Dattatreya.  You can drive up to a certain point.  After that, steps lead you to the top of the mountain.  We walked up and after paying our respects to the Guru, thoroughly enjoyed the surrounding views before walking back down.  The visit took about 1 1/2 hours to complete (we were just enjoying ourselves).

Next we headed to Achalgarh.  There are several Jain temples located within the fort.  We decided to visit the Jain temple located half way up the mountain.  You have to climb quite a few steps to reach the temple.  The views of the surrounding areas are spectacular.  The temple itself is also very beautiful and contains golden statues of Adinath.  Unfortunately, you are not allowed to take any pictures.

While most of the folks decided to stop at this point, a few of us decided to visit the Kali Maa temple and cave at the very top.  This took an additional one hour.  It was really exciting to see the surrounding areas from the top of the mountain.

After we came back down, we had our lunch before heading to the Dilwara temples.  The Dilwara temples are open to non-Jains only in afternoons, so our timing was perfect.  We reached there around 3:45pm.  We had to wait for a while as visitors are escorted inside the temple in groups.  That ended up being a good thing as we were given a history background while exploring the temple.

After Dilwara we headed to Nakki Laki and Honeymoon point & Sunset point to watch the sunset.  The traffic there was insane!  So, after walking around for a bit, we decided to skip watching the sunset and headed back towards the market area.  Along the way we managed to spot Toad Rock overlooking Nakki Lake.

Afterwards, we returned back to our hotel, had dinner and called it a night.

Day 2 – The rest of Mount Abu and travel

After breakfast, our group split into two groups.  One group headed to the Brahma Kumari’s Headquarters in Mount Abu while the rest of us headed to Trevor’s Tank (Mount Abu Wildlife Sanctuary).  While we did not really spot any wild animals other than monkeys, the kids and adults alike had a great time walking in the different trails surrounding Trevor’s Tank.  After exploring for about an hour, we met up with the other group and headed home.

Mount Abu is not really a single mountain top.  Rather, it gives you the opportunity to explore various interlinked mountains in the Aravalli range. The mountains in this part of the range are truly beautiful and deserve attention.

The shopping area is awesome.  Wish we could have spent more time exploring the area.

There were several sights and hiking opportunities that we did not take advantage of due to lack of time.  Some of these sights include:  Anadra point, Gaumukh cave and boating in Nakki Lake.

Final advise – Grab a map of the local attractions from the front desk at the hotel you are staying in and plan accordingly.  I thought spending two days would be hard… but I was wrong.  You can spend up to a week here, especially if you enjoy nature walks and hiking!  At a minimum, plan to spend two days…. you won’t regret it! 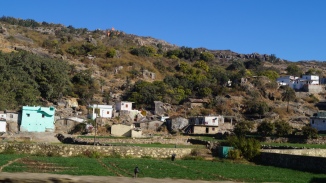 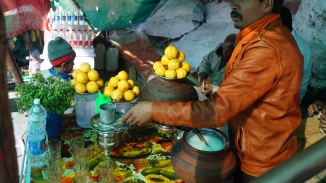 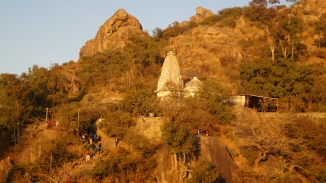 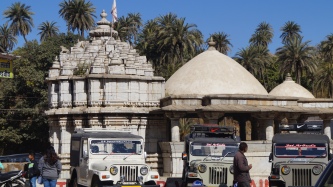 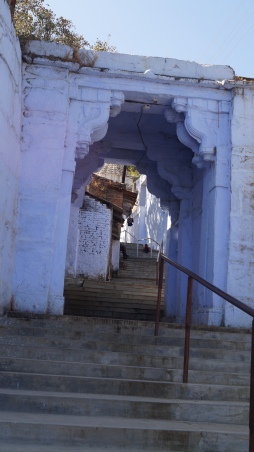 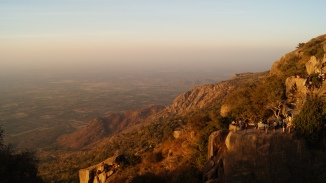 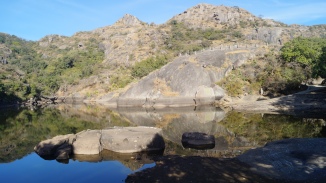 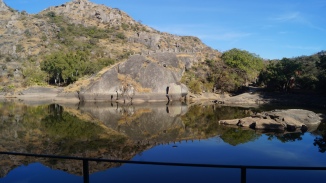 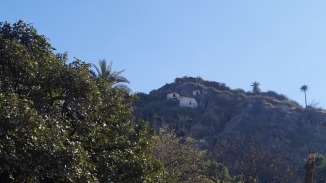