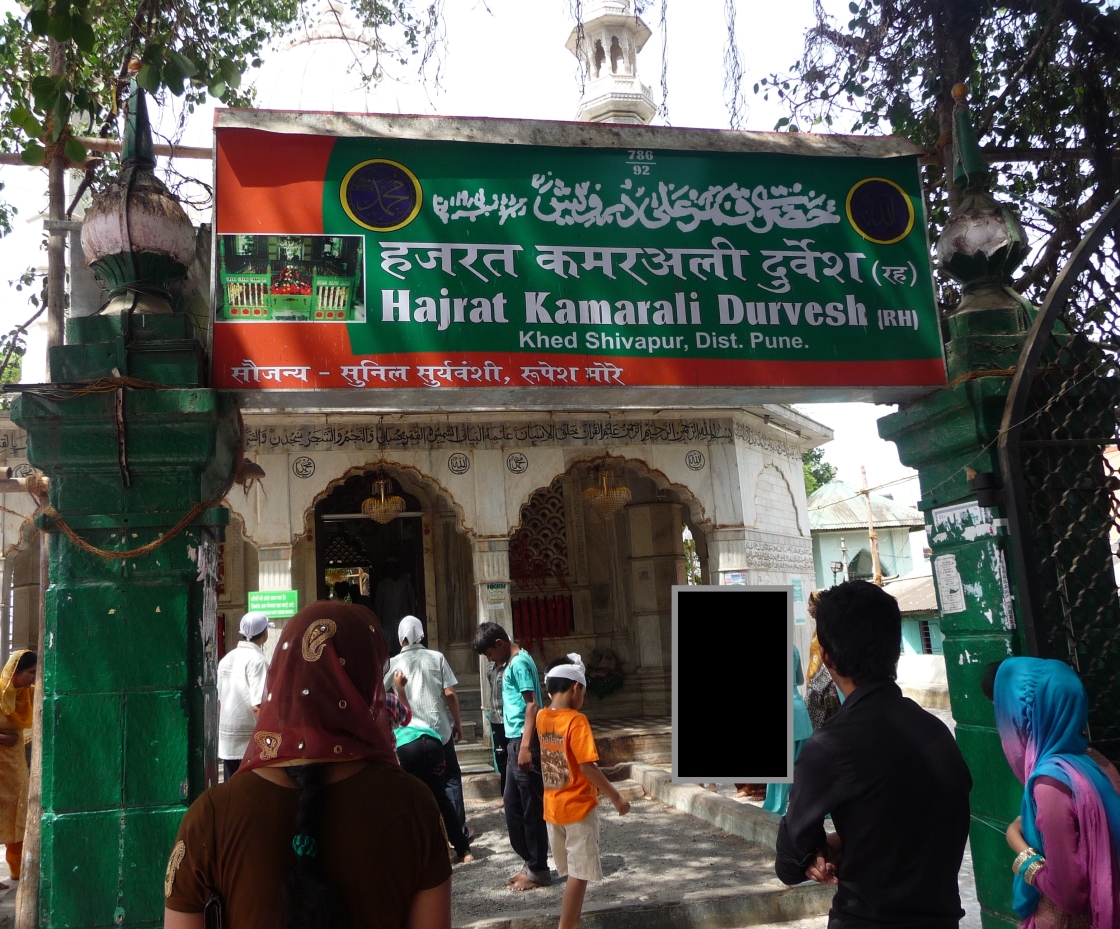 Sometimes, the places you end up going to just blow your mind away.  Once upon a time we were visiting family in Pune and it just so happened the weekend was around the corner and we did not have any solid plans.  My sister-in-law asked her long time neighbours about their recommendations for short trips and among others, they told us to check out the Hajrat Kamarali Durvesh Dargah about one to two hours from Pune.

So, we decided to make a day trip out of it.  After having an early lunch at a local restaurant, we headed to the Dargah.  It took us about two hours to reach there from where we were.

When we reached there, the area was quiet… a little bit of a lull after lunch.  As we headed into the Dargah we were asked to cover our heads which we promptly did.  We then went inside and paid our respects and sat around for a while.   The women in our group could not go into the inner area.

As we were heading out, an amazing thing happened.  A group of men gathered around a rock in front of the Dargah building.  They were looking around for a few more to join them.  It so happened there were two men in our group, and they decided to join them.  They still seemed short of a certain number… apparently they needed 11 men and were 2 men short.  Suddenly out of nowhere 2 more men showed up.  The eleven men then stood around the rock.  All we could hear was some muttering by the men.  Then it happened … the rock started to rise up into the air… and all we could see was that each of the men had one of their fingers touching the rock.  Eleven men, eleven fingers touching the rock and 1 prayer = levitating rock … miracle right in front of your eyes indeed!

After the rock was put down to its original position, we spoke to the local folks to learn more about the miracle that we had just witnessed.  As with many places in India, we were told this particular place is very unique and wishes made here are granted promptly.  After listening to the fascinating stories, we headed back to Pune after stopping for a cup of tea along the way.

Looking back, there was really no logical reason as to why we ended up going there and how we managed to witness the miracle (with some in our group becoming active participants).  All that happened was that my sister-in-law’s neighbour had mentioned this unique place and her word was good enough for us to get into a car and head down.  I am grateful she has cool neighbours : ).  Bottomline – an incredible day trip that we will never forget! So, if you are around Pune and haven’t been there, what are you waiting for?

Do check out the video… focus on the rock : ) 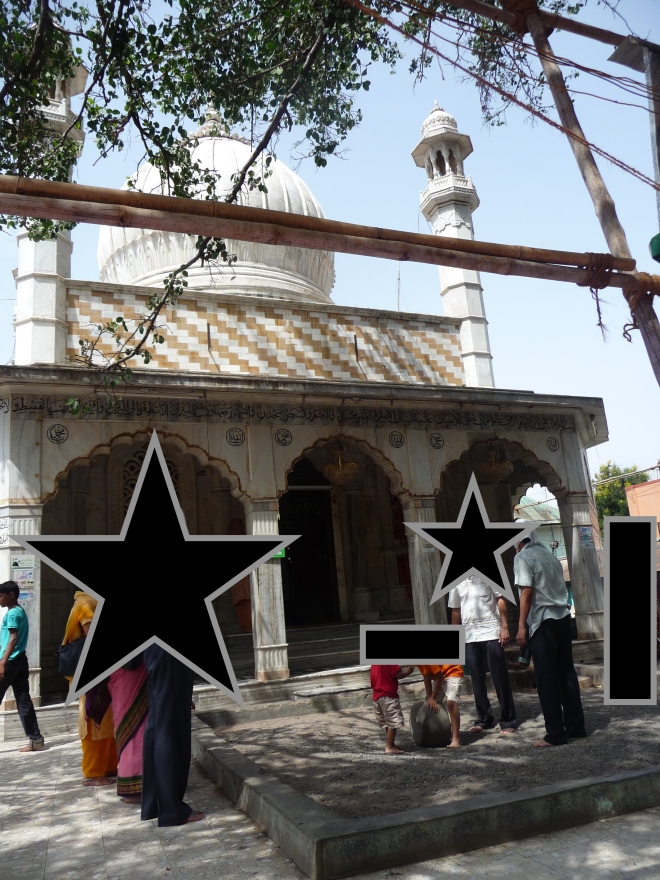